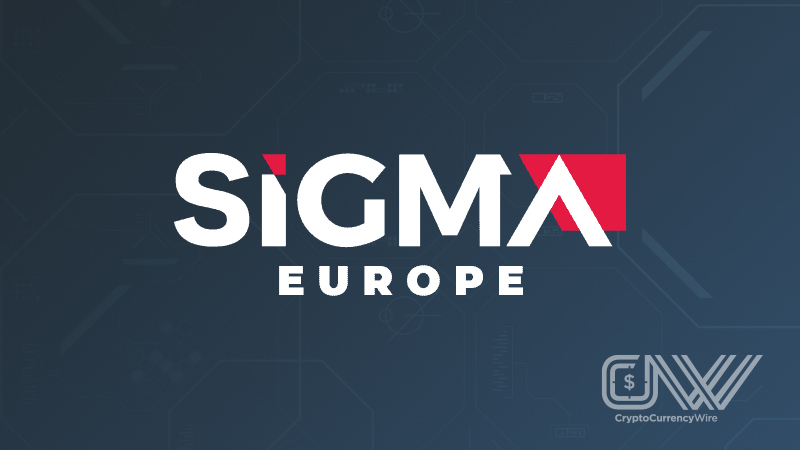 SiGMA’s flagship event, SiGMA Europe, was held to great acclaim at the Malta Fairs and Convention Centre in Malta last month. Following nearly two years of an unexpected disruption, SiGMA Europe brought four key conferences together for SiGMA’s largest event to date – the week-long Malta Week, a multidisciplinary celebration and exploration of the commercial and technological synergies within the emerging tech, digital & affiliate marketing and gaming sectors. Segments featured Ferraris and experimental cocktail bars on the gargantuan expo floor as well as Malta Prime Minister Robert Abela and pop star Akon as keynote speakers. This year’s SiGMA Europe conference was an incredible event for the 10,000+ guests and 100s of corporate exhibitors in attendance.

The first day of SiGMA Europe played host to the Sigma Europe Gaming Awards, one of the most prestigious and renowned rewards within the iGaming industry today. The event attracts a host of top-tier companies and gaming representatives worldwide. Presented by Jon Thompson and SiGMA’s Lorraine Sammut, the awards highlighted some of the standout performers over the year across a series of different categories, including “Online Casino Provider,” “Esport Product,” “Sportsbook Operator” and “Online Payment Solution.”

The event commenced with a rousing speech delivered by the SiGMA Foundation’s Keith Marshall, who urged attendees that it was now their opportunity to make a difference, stating, “With you guys on board – the sky’s the limit. Don’t sit on the fence of indifference – this is your opp to shine.”

The awards show was immediately followed by an art auction, with proceeds going to the SiGMA Foundation. The auction’s highlight was undoubtedly a piece entitled ‘King of Cards’ by Derek Mason, which sought to explore the synergy between fiat and crypto – with the artwork attracting a staggering 8,000 EUR winning bid.

The inaugural session also played host to the first Startup Pitch competition. Over 100 startups were meticulously selected to showcase their products and initiatives at the conference. Ten exceptional business startups were chosen to take to the stage to battle it out for a prize pool that included mentorship, media exposure and investment opportunities. The ultimate winner was HyperSKU, a unique startup designed to provide eCommerce businesses with a one-stop drop shipping solution.

In addition to a variety of award and network events, this year’s conference featured a myriad of world-class speakers, industry experts and thought leaders presenting on three distinct tracks, including the Main Stage, the Workshop Stage, and the Ikigai Ventures Stage, with the latter hosted by the eponymous early-stage venture capital firm. In addition, roundtable discussions and keynote speeches throughout the event covered a wide array of thought-provoking topics such as “Finding Alpha in Today’s Markets: All-Start Venture Capitalists Discuss,” “Money for Play: Credit without Banks?,” “The Shift towards Equity – Takeaways from four years of Blockchain-related transactions,” “Akon’s Vision for Crypto Adoption in Africa” and “The Next Frontier: Emerging Investment Areas.”

As part of its collaboration as the official newswire, CryptoCurrencyWire syndicated articles throughout its multifaceted network of 5,000+ downstream partners and further enhanced media exposure through dozens of IBN’s investor-oriented brands, which collectively have 2+ million social media likes and followers. The media campaign also included ongoing outreach to crypto-friendly journalists and wire-grade press releases.

Following the exciting and successful conclusion of the conferences comprising the Malta Week 2021, the SiGMA Group plans to take the world by storm, with the golden steeples of Kiev and the snowy city of Toronto set to be upcoming hubs, bringing together the best and brightest of the iGaming world together. First, however, the SiGMA Asia expo travels to the bustling metropolis of the United Arab Emirates on March 21-24, 2022. You won’t want to miss these three days of networking, panel discussions and festivities.

For the first time ever, SiGMA Group brought its 4 leading shows together for the mother of all conferences. From the 15th to the 19th of November, SiGMA, alongside AGS and AIBC, brought the best in the business to a first-class meeting point at the Malta Fairs and Convention Centre (MFCC). Malta Week was a chance for investors to leverage the significant crossover potential for multi-faceted business deals and to double down on opportunities to connect with some of the leading affiliates, policy makers, thought leaders, suppliers and operators in the industry.

CryptoCurrencyWire (“CCW”) is a financial news and content distribution company that provides (1) access to a network of wire services via InvestorWire to reach all target markets, industries and demographics in the most effective manner possible, (2) article and editorial syndication to 5,000+ news outlets, (3) enhanced press release services to ensure maximum impact, (4) social media distribution via IBN (InvestorBrandNetwork) to nearly 2 million followers, and (5) a full array of corporate communications solutions. As a multifaceted organization with an extensive team of contributing journalists and writers, CCW is uniquely positioned to best serve private and public companies that desire to reach a wide audience of investors, consumers, journalists and the general public. By cutting through the overload of information in today’s market, CCW brings its clients unparalleled visibility, recognition and brand awareness. CCW is where news, content and information about crypto converge.