IGC’s leading drug candidate, IGC-AD1, has completed Phase 1 of a safety and tolerability trial and entered Phase 2 trials for treating agitation in patients with Alzheimer’s dementia, the first study in humans of a natural tetrahydrocannabinol (THC) compound plus another molecule (www.clinicaltrials.gov). As of September 2022, the IGC trial is the only ongoing Phase 2 trial of a natural THC-based formulation on Alzheimer’s patients.

Neuro Psychiatric Symptoms (NPS) are not only debilitating for Alzheimer’s patients; they also place an immense emotional burden on their caregivers. Beyond reducing symptoms, IGC-AD1’s active molecules and TGR-63 have also shown promise in preclinical trials to reduce important hallmarks of Alzheimer’s including plaques and tangles, as well as improving the treatment of memory loss.

Over the past eight years, the IGC team has amassed a deep knowledge of cannabinoid science, including extraction, isolation, purification, and development. The company’s strategy is to leverage its unique end-to-end capabilities, platform, and expertise to develop a class-leading program and bring it to market quickly and cost efficiently to treat neurodegenerative diseases such as Alzheimer’s.

IGC has also introduced a low-calorie CBD- and caffeine-infused energy beverage brand (www.SundaySeltzer.com) that is currently available for purchase. The company’s brands are founded on the belief that effective natural solutions should be affordable and accessible to everyone. As the demand for natural products targeting women’s wellness and energy drinks continue to grow, these products are seeing strong traction in the market.

The company operates three facilities – a large GMP (Good Manufacturing Production Standards) certified facility that includes extraction, distillation, and manufacturing, in Washington State; a GMP-211 (pharmaceutical) grade facility in Maryland; and a facility licensed for controlled substances including cannabis in Bogota, Colombia, with complete access to legal licensed cannabis where the company conducts its testing.

IGC’s intellectual property (IP) portfolio comprises of eight patents that it controls and seven patent applications. The portfolio includes #11,446,276, a patent for extreme low dose THC treatment of Alzheimer’s that was granted in September 2022.

The company is headquartered in Potomac, Maryland.

IGC-AD1 is the company’s leading drug candidate for the treatment and relief of Alzheimer’s symptoms. A significant amount of research on Alzheimer’s cell lines has shown that the active agents in IGC-AD1 reduce plaques and neurofibrillary tangles that are the hallmarks of Alzheimer’s. Further, micro-dosing of THC, as shown in cell lines, could increase the functioning of mitochondria and potentially promote the growth of new neural pathways (neurogenesis). The research shows that micro-dosing of THC affects the brain radically differently from the normal higher dosing of THC.

While there is a significant body of research showing that THC is neuro-toxic at normal levels of dosing, micro-dosing of THC has been shown to be non-toxic to neurons. With the results of these preclinical studies, the company developed an oral formulation, IGC-AD1. The company recently completed a safety and tolerability Phase 1 trial on Alzheimer’s patients and has initiated a Phase 2, multi-site, double-blind, randomized, placebo-controlled trial of the safety and efficacy of IGC-AD1 on agitation in participants with dementia due to Alzheimer’s disease at sites in the U.S. and Canada. IGC expects the Phase 2 trial to take between 9 and 12 months to complete, barring unknown factors such as, for example, a resurgence of COVID and the enforcement of lockdowns and travel restrictions.

With further successful trials and FDA approvals, IGC hopes to bring a drug based on natural THC as an effective treatment for agitation in Alzheimer’s to market.

The company’s other molecule, TGR-63, has been shown to reduce the neurotoxicity that impacts memory loss in preclinical trials with mice. On a dose dependent manner, transgenic Alzheimer’s mice treated with TGR-63 showed improvement in memory relative to control.

Both drug candidates, IGC-AD1 and TGR-63, have shown their ability to reduce the brain plaques associated with memory loss in Alzheimer’s in mice.

With further successful trials and FDA approvals, IGC hopes to bring TGR-63 as a treatment for Alzheimer’s disease to market.

Alzheimer’s disease impacts over 55 million people worldwide and about 5.5 million individuals in the U.S. Over 70% of these patients face debilitating symptoms, including anxiety, depression, and agitation (Mendez, 2021). Agitation in dementia patients can include excessive physical movement and verbal activity, restlessness, pacing, belligerence, aggression, screaming, crying, and wandering.

In 2020, the estimated healthcare costs for Alzheimer’s disease in the U.S. were $305 billion. Medicare and Medicaid covered about 70% of those costs, leaving considerable burden on patients and families. At the current rate of growth of Alzheimer’s and other dementia diagnoses, those costs are estimated to reach over $1 trillion by 2050.

Currently, there are no FDA-approved medications to alleviate the symptoms of dementia due to Alzheimer’s disease, providing a tremendous opportunity for formulations that can have an impact on quality of life and disease progression.

Richard Prins has been chairman at IGC since 2012 and served as an independent director since 2007. From March 1996 to 2008, he was the Director of Investment Banking at Ferris, Baker Watts, Incorporated. Prins served in a consulting role to RBC until January 2009. He currently volunteers full time with a non-profit organization, Advancing Native Missions, and is a private investor. Since February 2003, he has been on the board of Amphastar Pharmaceuticals Inc. He holds a bachelor’s degree from Colgate University and an MBA from Oral Roberts University.

Ram Mukunda is CEO and President of IGC. He has been the chief inventor and architect of most of the company’s patent filings and is responsible for the company’s strategic positioning. Prior to IGC, he was founder and CEO of Startec Global Communications, which he took public in 1997. He served as Strategic Planning Advisor at Intelsat, a communications satellite services provider. From 2001 to 2003, he was a Council Member at Harvard’s Kennedy School of Government, Belfer Center of Science and International Affairs. He was named the 1998 Ernst & Young Entrepreneur of the Year. He holds bachelor’s degrees in electrical engineering and mathematics, and a master’s degree in engineering from the University of Maryland.

Dr. Jagadeesh Rao is the company’s Principal Scientist. His career spans two decades in the public sector and product R&D for Johnson & Johnson. He leads IGC’s scientists in the development of pharmaceutical and OTC products. He worked for the federal National Institutes of Health, and for the National Institute on Drug Abuse. His Ph.D. in Neurochemistry is from the National Institute of Mental Health & Neurosciences in India. He did postdoctoral training at the University of Illinois-Chicago.

Claudia Grimaldi is a Director, Vice President, Principal Financial Officer, and Chief Compliance Officer for IGC. She also serves as a Director/Manager Director for some of the company’s subsidiaries. She graduated with highest honors from Javeriana University in Colombia with a bachelor’s degree in psychology. She holds an MBA, graduating with highest honors, from Meredith College in North Carolina. In addition, she has attended the Darden School of Business Financial Management Executives program and the Corporate Governance Program at Columbia Business School. She is currently pursuing her Directorship Certification with the National Association of Corporate Directors. She is fluent in both English and Spanish. 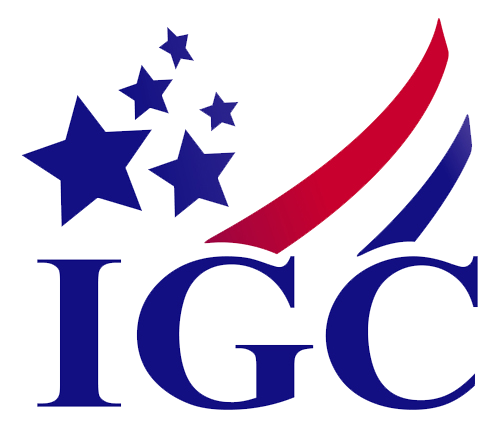